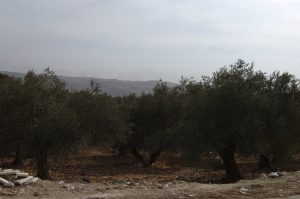 EJ-YMCA-WTP has been among the aid organizations contributing to different community
projects for nearly three years. Through the Resilience Project, EJ-YMCA-WTP follows the
PVCA (Participatory Vulnerability Capacity Assessment) method with marginalized communities.
This method is developed to help community groups to identify vulnerabilities and risks in the
community area as well as their strengths and capacities. Accordingly, action plans are then
developed by each community to combat numerous risks. In an effort to make these projects
sustainable and to avoid lasting dependence on NGOs, a number of local residents volunteer to
undergo training where they learn how to take the necessary steps to advocate for themselves when
EJ-YMCA-WTP discontinues their support when that becomes necessary.

Many women living in Area C towns and villages are unable to generate any kind of
substantial income. A number of community interventions target just this demographic. In the
villages of Al Jab’a and Jubbet adh Dhib, community members identified not having any income
generating activities for women as risks in their communities. Women in Palestinian rural villages
do not always get the chance to start their own careers or businesses. They usually end up being
housewives or they might work with family (in this case, women are not generally paid for their
efforts). The Protection Groups and a number of local residents from both villages have volunteered
to undergo several trainings: business and project management, food processing, agriculture, human
and civil rights, and livestock management. By providing those trainings, the YMCA-WTP builds
up communities’ access to information needed to make decisions regarding their livelihoods and
potential risks. In each village, when developing the community action plan, the Protection Group
and local residents discussed the best ways to create income generating opportunities for women
that would also be beneficial to other members of the village. After the Protection Group and
volunteers agreed on a desired project and beneficiaries, an announcement was made in the village
to get the approval of all members of the community regarding the project to-be-implemented and
the beneficiaries chosen. Beneficiaries are chosen by the village’s Protection Group by assessing
which women are the most in need. Since there were no complaints made from community
members regarding the projects, in Al Jab’a village, it was decided to start a kitchen appliances
store with Ilham Altous (48) and Yusra Altous (55) to manage the project; and in Jubbet adh Dhib, it
was decided to start a beauty salon with Doua Alwahsh (20) and Samah Khamees (22) to manage
the project. 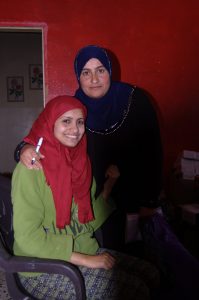 Al Jab’a, is a marginalized village located in Area C in the Bethlehem governorate. It has
been victim to many aggressions by nearby Israeli settlers. The idea of opening a kitchen appliances
store came from discussions between the Protection Group and volunteers. A need was identified
for having such store in the village. Previously, whenever the residents desired to purchase
kitchen appliances, they had to travel and spend money on transportation to other villages or to the
city. As part of the Palestinian culture, each household is in need of those appliances. Kitchen
appliances are also exchanged between Palestinians as wedding, housewarming, graduation, etc
gifts. Therefore, Al Jab’a community recognized that there is always a high demand for such
products to be sold in the village. This will allow all members of the village easier, more
convenient, and cheaper access to those products as transportation costs are saved.
The kitchen appliances store in Al Jab’a has been recently opened, in October 2016. It
began with a 9927 ILS grant from EJ-YMCA-WTP and within the first eight weeks, the two
women, Ilham and Yusra, have already sold items for approximately 7000ILS. The store has been
receiving customers from Al Jab’a as well as customers from the nearby village, Surif.
The beneficiary, Ilham Altous (48), has a household that consists of eight people. Her
husband is unemployed most of the time. He also has not been allowed travel and or acquire work permits to Israel where a lot of Palestinian men in that area find job opportunities. Ilham’s elder daughter is studying at university and her son recently graduated from high school with very impressive grades.
Ilham’s son aspired to study electrical engineering at university. However, the family were not able
to afford university tuition for two. After opening the store, managing it, and working there for two
months, Ilham was able to generate income for her household’s wellbeing. Moreover, she was able
to save some money to register her son to start a six month electrical engineering course.
Regarding the other beneficiary, Yusra Altous (55), her household consists of 11 individuals,
Yusra has ten daughters. Yusra had been consistently beaten by her husband who eventually decided to
marry a second wife. Yusra’s husband does not provide for Yusra or her daughters financially. He
left her to take care of the situation on her own. Through her involvement with the Resilience
Project and her work at the store, Yusra is able to generate income for her family. Moreover, Yusra
feels empowered to represent the women in Al Jab’a and be a part of the Village Council’s work for
the community. She decided to nominate herself for the upcoming elections.
Both Ilham and Yusra were volunteers with the village’s Protection Group who participated
in identifying not having a kitchen appliances store as a market niche. Both women have been very
active and feeling much more confident and powerful after running a project on their own. For their
next steps, from part of the profit made in those two months, they are saving money to purchase
more appliances and to rent a larger space for the store. Both Ilham and Yusra aspire that after the
initial grant from YMCA-WTP, they will be able to generate a sustainable income without further
assistance. 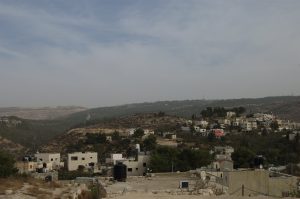